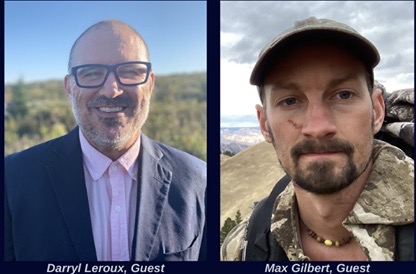 Darryl Leroux. Darryl is associate professor in the Department of Social Justice and Community Studies at Saint Mary’s University in Kjipuktuk (Halifax, Nova Scotia). His book, "Distorted Descent: White Claims to Indigenous Identity," explores the many efforts made by white Americans and Canadians to claim an “Indigenous” identity.

From the book - Playing Indian by Philip Deloria talks of The Boston Tea Party, the Order of Red Men, Camp Fire Girls, Boy Scouts, Grateful Dead concerts are just a few examples of the American tendency to appropriate Indian dress and act out Indian or Native roles. And, how white Americans have used their ideas about Natives/Indians to shape national identity in different eras―and how Original Nations have reacted to these imitations of their native dress, language, and ritual. Some whites even played Indian in order to claim an aboriginal American identity. In the nineteenth century, Indian fraternal orders allowed men to rethink the idea of revolution, consolidate national power, and write nationalist literary epics. By the twentieth century, playing Indian helped nervous city dwellers deal with modernist concerns about nature, authenticity, Cold War anxiety, and various forms of relativism. Deloria points out, however, that throughout American history the creative uses of Indianness have been interwoven with conquest and dispossession of the Indians. Indian play has thus been fraught with ambivalence―for white Americans who idealized and villainized the Native, and for Natives who were both humiliated and empowered by these cultural exercises.

Deloria suggests that imagining Indians has helped generations of white Americans define, mask, and evade paradoxes stemming from simultaneous construction and destruction of these native peoples. In the process, Americans have created powerful identities that have never been fully secure.

In the second half-hour, Tiokasin welcomes back Max Wilbert, a writer, organizer and wilderness guide. A third-generation dissident, Max grew up on Duwamish land in post–WTO Seattle. He is the author of two books, including the forthcoming “Bright Green Lies: How the Environmental Movement Lost Its Way and What We Can Do About It,” to be published by Monkfish this year. Max’s essays have been published in Earth Island Journal, Counterpunch and Dissident Voice, and have been translated into several languages. Max has been part of grassroots political work for nearly 20 years. He has been involved in fighting both Canadian and Utah tar sands, in resisting industrial-scale water extraction and deforestation in Nevada, in advocating for the last remaining wild buffalo in Yellowstone, in solidarity work with Indigenous communities in British Columbia, and in campaigns against sexual violence. Last Friday, a group of activists, including Max, launched an occupation of a proposed mine in northern Nevada. Lithium Americas corporation plans to rip open 5,000 acres of this land to extract lithium for consumer products. For more information on this campaign, visit https://protectthackerpass.org