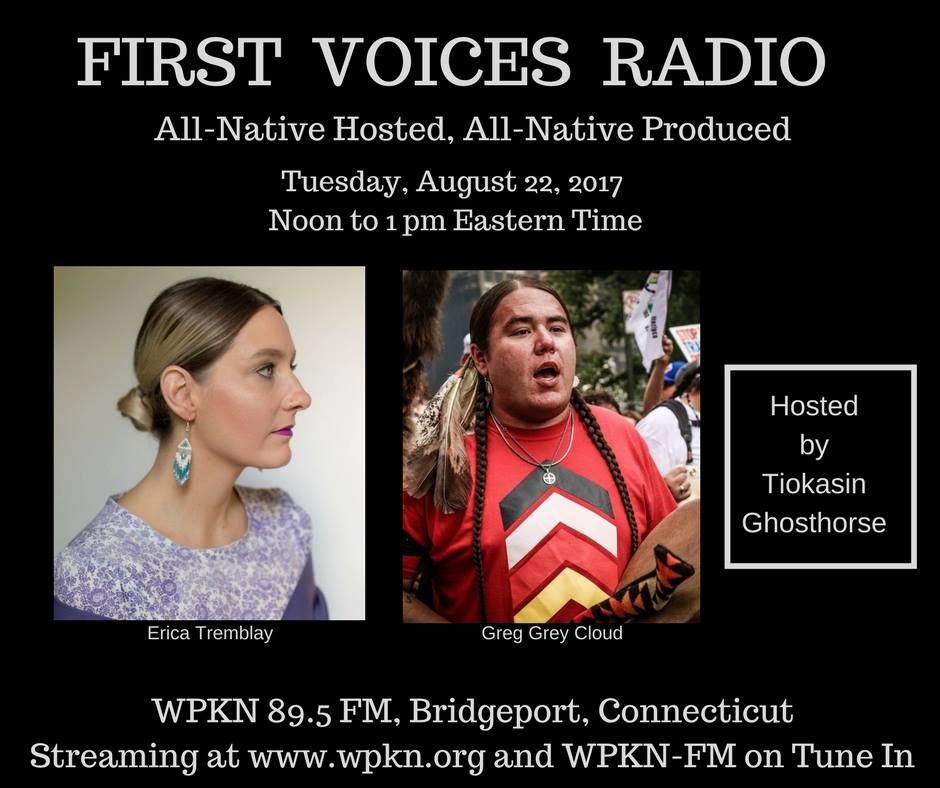 In the first half-hour, Host Tiokasin Ghosthorse welcomes Seneca-Cayuga documentary filmmaker Erica Tremblay. Erica is the Director of Video at the Bustle Digital Group. Her films have been featured on PBS and the Independent Film Channel. Erica’s most recent feature-length film, “In the Turn,” has received numerous awards, including: "Best Feature Film" and "Best Documentary" at several film festivals and secured international distribution. She has been featured on CNN and Vice and was recently named a “Native American 40 Under 40 Award” recipient. Erica tells stories that impact change by creatively tackling tough topics and portraying the people fighting for justice. Her most recent work documents activists and facilitators across Indian Country working to end violence against Indigenous women.

Tiokasin also speaks with Greg Grey Cloud. (www.wicaagli.org) Greg is a member of the Crow Creek Sioux Tribe and Co-Founder of Wica Agli, Native men against domestic violence. Located on the Rosebud Reservation in South Dakota, Greg teaches culturally specific healthy masculinity to young men and boys on the reservation, working to end violence against women and reduce the violent crime rate. Greg's work has lead him to a national level when he sang a song in the U.S. Capitol Building when the KXL bill failed to pass. Greg's domestic violence work has also taken him to lead the Horse Nation at Standing Rock during the DAPL fight. His message is clear, and simple: "Be a good relative, protect our nations' women at all costs." Greg is featured in Erica’s film, "Wica Agli: To Return a Man.”